TULA by her real names TUFOIN LAURA NJUNGWI is a young and fast rising Douala based female singer.

Originally from the NORTHWEST REGION of the Cameroon, she is the 5th born in a family of six children.

Born in Douala where she attended her primary and secondary education and she later moved to BAMENDA.TULA is presently taking a degree program at the University of BUEA.

TULA grew up in a music loving family which explains her early affinity and love for music. She started singing at the age of 8 and at 12 she joined the church choir and started writing her own songs. This groomed her and her love for music. 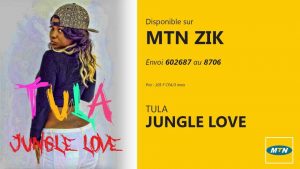 TULA is a signed artist under the music label E-NKWAIN PRODUCTION AND ENTERTAINMENT HOUSE. She has worked with many young artists and producers like Djudi, Dj knory, Email, Jervis, Phillbill and Magic fingerz… She was part of the crew who took part at the Brasseries Music Competition in 2013 and in 2015 she contested in the MTN “Make the music contest.”

Want To Have A Long Lasting Love Relationship? These are 5 Tips For You