Songstress ”Lady Jayne” has finally released her much-anticipated banger to end this year and she titles it “Jeh Jeh”.

The song which officially begins her professional career as an artist was mixed and mastered by K. Master K. Of Rythmz. 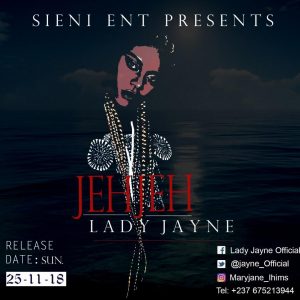 Jeh Jeh is released under the singer’s new record label, Sieni Entertainment whose head office in the USA and its Cameroonian branch in Buea – South West Region

Check it out below!