The Big Dreams entertainement artist will officially signe to UMA Friday June 29, 2018 in the sumptuous hall of Canal Olympia in Douala.
Second signing in Central Africa after that of Tenor, concluded in November 2017 which raise him to the first place in the 237 urban music industry. 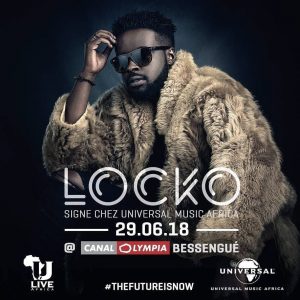 On the program Friday:

Music : “Rambourser” by Meshi ft Salatiel Is Out!

Music: Petit Champion Releases the Video of His Single “Validé” !