Back in Yaounde on the night of Monday April 16, 2018, after a European tour of 53 days for 13 showcases, galas and festivals in 12 different cities spread across 4 countries (France, Germany, Belgium, Italy), Tenor and his team organized a press conference in Yaounde on the occasion of the celebration of his BIRTHDAY BASH.

Indeed, no one can deny it, Tenor aged 20, is a superstar!

The young artist thanked his fans and the national and international public who continously encourage him to brave higher heights.

“Thanks to U. Live Africa (a part of Universal Music Africa), without whom this tour would not have been possible. Big up to Bibzo Kaliman and Moussa Soumbounou. Thank you to all the different, organizers, communicators and media who supported us and received us. Thanks to DJ Franckey. Thank you to everyone who signed present today. Even while I braved the harsh winter over long distances, you were there. Together we managed to fill all hall… Everywhere!” 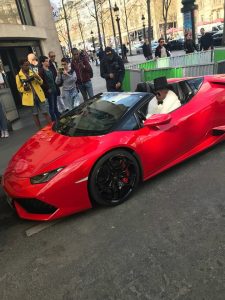 Tenor who recently announced the coming of his debut album, has gift for his millions of fans.  “NNOM NGUI”, the lead song of the album will be out in the coming days.

Here is a preview, a short video of the shooting sessions of “NNOM NGUI”.

Enjoy while waiting … The best is yet to come.

The Rapper Is Back : Cameroon Born STYLEEN SESSEKO Is Back On The Map With A New Hit “I Nobi Know”