Actress Yvonne Nelson has finally revealed her baby girl Ryn Roberts to the public for the first time since she delivered in October 2017.

Both beauties covered the April 2018 edition of the Agoo Magazine which was released on Friday.

She posted the cover and additional photos from a shoot for magazine for her followers on social media on Friday and received a lot of compliments across Africa.

In the issue of the magazine, Yvonne talked about motherhood, her critics and co-parenting. 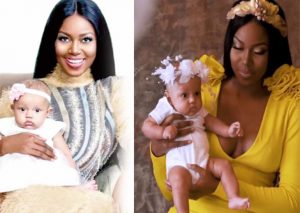 “People have been saying all sorts about why I’m having a baby whilst I’m not married. This is an answered prayer for me, they have no idea. Maybe one day they’ll get to hear my story,” she told the magazine.

The award-winning actress and producer gave birth to Ryn Roberts on Sunday, October 29, 2017, with her fiancée, Jamie Roberts – a photographer from the UK. 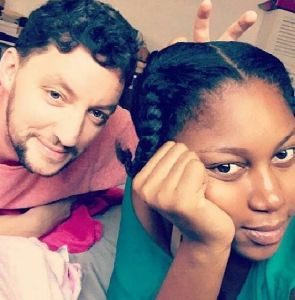 Her followers have been longing to catch a glimpse of the girl until the latest edition of the magazine.