Barely three months after the release of another one of his record hit singles “Partout”, Mr Leo, is back on the hit list, with the release of  Love Original, his first studio album.

The album under preparation for a couple of months now, is definitely, the result of a work well done at home and abroad.

The best is yet to come… 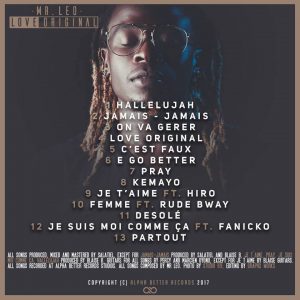