Singing and rapping in his mother tongue makes him a perculiar artist.

Born Sietu Siatou Barthelemy , BTC cames from the west region of Cameroon and more precisely from Bafang (Baku). He began his career in Bafang in 2004 where he had his first walkabout during cultural evenings organized at the Bafang party house by his secondary school.

After his school cycle he returned to Douala his hometown where he continued his career with the Mack Concept label of the famous Shamack. He left the label in 2010 to take on a solo career while working with the Believe Record label of  Billy Nyame with whom he  worked his very first solo project called INTRO which will mark his entry into the game and helpe him attract the attention of many  other labels of hip hop artists such as Tonny Nobody, Boudor the Noirocair and krotal amongs others. 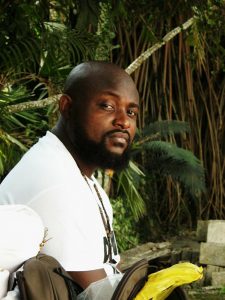 In 2014 he released his first single called YAMELA, which will be accompanied by a beautiful videogram realized by Dante Fox. The artist is thereafter solicited by other artists for collaborations on projects such as MALERIA OUT, BOSS K-MER, BACK TOO THE STREET and is also requested by fellow artist, Nernos le Kamsi for the remix of JE NE SUIS PAS BOBO and Ismaël fotso. 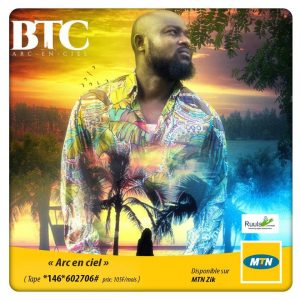 2018 saw the release of his new single “Arc En Ciel” in collaboration with DJo of the Peace Empire label.

He has performed at several shows and festivals among which are the Hip Hop Fighter concerts , the Douala Hip Hop Festival, the FOMARIC, the Festival Yamela, the Black Night organized by guinesse, the music festival of the French institute, the Douala christmas market and the crossroads arts to name but a few.

While waiting for the release of the official video of his single “Arc en Ciel,” below is a taste of the beautiful work of art…