Numerous sources are reporting the singer has been dropped by his lawyer, publicist and assistant after several fresh sexual assault allegations were made against him as part of and following a BBC Three documentary.

The disbandment of Kelly’s staff comes after a BBC Three documentary called R Kelly: Sex, Girls and Videotapes was published online, featuring claims that Kelly sexually assaulted several women and allegations that he had “knowingly and intentionally infected” a 19-year-old woman with an STD. 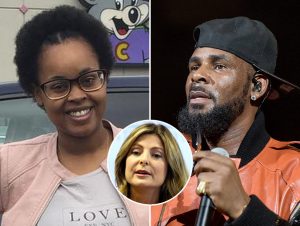 A criminal complaint has since been lodged against him, and Dallas police have said they are investigating.

The allegations follow claims that surfaced in July last year, stating that Kelly had coerced women – all above the age of consent – and was holding them captive in a “brainwashed” cult, although Kelly has denied the allegations, dismissing them as “a bunch of crap” in a video to fans.

His team also released a statement, which read: “Robert Kelly is both alarmed and disturbed at the recent revelations attributed to him. Mr Kelly unequivocally denies such allegations.”

Micheal Jackson: The Late Artist’s Estate is Currently Earning More Money Than He Did When Alive

Booba vs Kaaris Trial: Both Rappers Sentenced to 18 Months in Prison