Music fans and makeup lovers, mark your calendars: MAC says its Aaliyah collection of cosmetics will be available in June.

The company provided a link Sunday for fans to monitor for “sneak peeks” and other alerts about the products.
The company added that the singer, who died in 2001 at age 22, “lives on in a makeup collection influenced by her groundbreaking work in music and film.”

MAC has also shared a few photos of the makeup products from the line. 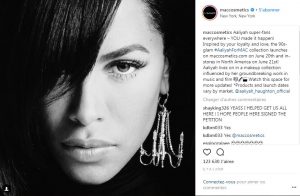 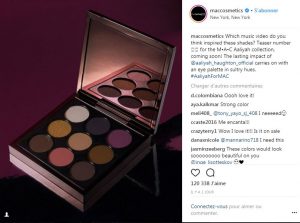 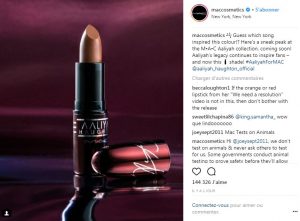 On Monday, it tweeted in response to a user asking how it could collaborate with someone who is deceased. 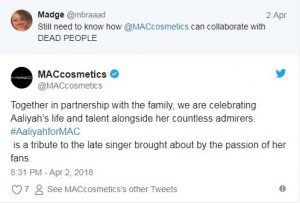 “Together in partnership with the family, we are celebrating Aaliyah’s life and talent alongside her countless admirers,” MAC explained. “#AaliyahforMAC is a tribute to the late singer brought about by the passion of her fans.”

A petition calling for an Aaliyah collection kicked off in 2015 before the cosmetics company said in August 2017 that one would be coming out in summer 2018, Billboard reported last year.

Scoop-Daphné: 20 Crazy Things You Won’t Believe Fans Have Actually Said About Her New Song “My Lover”

Football: Christian Bassogog, Michael Ngadeu And Choupo-Moting Absent On List Of 23 Players Summoned For The May 27 Friendly Match

Want To Have A Long Lasting Love Relationship? These are 5 Tips For You