Wednesday, April 4, was the big day!

A part of Bonnie & Clyde modern times, Beyoncé and Jay-Z form one of the most famous couples on the planet. Together for more than 15 years, the two stars fascinate and unleash the passions. When they meet, she is only 18, he 30. If the rumors are going well, their relationship is not official until the early 2000s with the release of their first duet “Bonnie & Clyde”.

The following year, the planetary “Crazy in Love” confirms their romance. The myth is born. Queen B and Jay-Z join the musical collaborations and glamorous appearances on the red carpet before saying “yes” on April 4, 2008. An intimate wedding in New York, which seals their love. Despite rumors of infidelity, the couple resisted and quickly became the most powerful duo in show business.

Adored by millions of fans and lovers in the city and on stage, Beyoncé and Jay-Z have everything to be happy. But it is in 2012 that their happiness reaches its climax.

After ten years of relationship, the power couple of the American R’n’B welcomes a little Blue Ivy, their fans discover in the clip of “Glory”. Barely a few days old, she becomes, thanks to this song, the youngest person on the Billboard chart. Very quickly, the little one knows an immense notoriety.

At their side during the most prestigious events, Blue Ivy multiplies appearances in increasingly sought-after outfits.

In 2017, Beyoncé announces her second pregnancy on Instagram via a photo that will become the most liked and shared post in the history of the network (before being dethroned last February by Kylie Jenner). A few months later, the family grows with the arrival of twins, Rumi and Sir Carter. 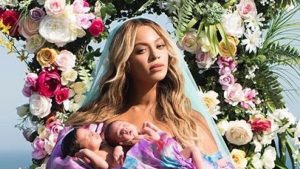 “Crazy in love”, “Upgrade You”, “Family Feud”, “Drunk in love” … There are countless duos. So, to celebrate their ten years of marriage and celebrate their shared passion for music, nothing is better than a series of concerts around the world.

After their sold out tour in 2014, the two stars are back on stage for the highly anticipated “On The Run II”.

Several dates around the world, including two in Paris and one in Nice, to the delight of their community. And if this second tour also announced the preparation of new songs in duet? That’s what Jay-Z implied in an interview with The New York Times last November. Their fans just have to cross their fingers. 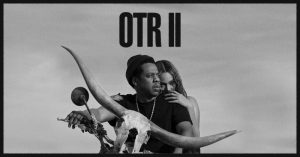 (Video) Locko’s Speech on the occasion of his signature to UMA: He Promises Better Days for Cameroonian Music

People: For 7 Years, She Hid Behind A Veil of Makeup

The Video Of Stanley Enow’s Latest Hit Single “Elle Est La” Is Out!

Kourtney Kardashian Hits Back At Fan Who Said She ‘Never’ Works!