A promise is a debt! As promised here is the latest music video, AMAZING by African Music Sensation, @StanleyEnow.

Nicknamed The KING KONG for his admirable bravery STANLEY ENOW is back again with another breath cutting masterpiece entitled, AMAZING.

The video features essentially scenes of the prodigy’s heroic return to his home town, Bafoussam. 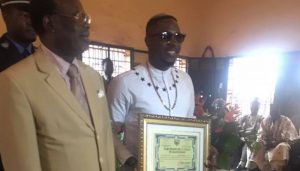 The video puts the city in complete ecstasy in a series of memorable activities amongst others:

* His Visit to his secondary school, Lycée Bilingue de Bafoussam.

* His visit to the Bafoussam Central Prison where he did an amazing artistic performance and offered some gifts to inmates as part of his cooperate social responsibilities.

* His stunning performance at La Pelouse de Bafoussam before an amazing crowd of more than 6.000 guests.

* His majestic opening of the February 11th match past at Place Des Fêtes de Bafoussam on before the Governor of the West region in his capacity as Youth Ambassador and Prince of the City of Bafoussam etc. 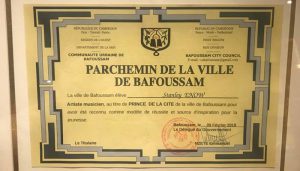 AMAZING is a massive Hip Hop song where by @StanleyEnow reassures his fans in other words saying:

He is first and foremost a rapper and a very good one. Don’t be fooled by his Afro series and serial lover releases: Adore You Feat Mr Eazi, Caramel Feat Davido, Elle Est La etc. He is a Hip Hop Heavy Weight Champ.

As you enjoy this eye catching visuals make sure you listen to the punch line packed audio announcing some colours of his upcoming album. You can feel the colours @StanleyEnow’s upcoming album as he says at the end of the video; “l’album arrive”.

Dial *128*6*5# to receive daily SMS from @StanleyEnow and to know what he is up to at the moment. MTN Cameroon subscribers only.

Here is the link:

Booba vs Kaaris Trial: Both Rappers Sentenced to 18 Months in Prison

Artists SMS Update: Stanley Enow Will Reward 5 Of His Subscribers Each Month!