If you haven’t heard, Nicki Minaj is totally upset at Kylie Jenner and went on a little Twitter rant about how Kylie is messing up her album sales for Queen. If that weren’t awkward enough, Nicki and Kylie are going to have to deal with the Twitter beef in person at the MTV Video Music Awards tonight.

This month, Nicki dropped her new album, Queen, which includes hits like “Chun Li” and “Bed.” Travis Scott, Kylie’s beau, also dropped an album this month. Astroworld is at the top of the charts and Nicki isn’t happy about it. According to Nicki, it’s all Kylie’s fault because Kylie has a huge platform on social media and she used it to help promote Travis’ album and tour.

Nicki wrote, “I put my blood sweat & tears in writing a dope album only for Travis Scott to have Kylie Jenner post a tour pass telling ppl to come see her & Stormi.” 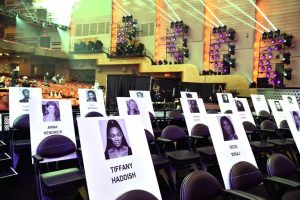 Kylie and Travis will be sitting a couple of rows behind Nicki, which would give them prime real estate to toss some popcorn. In a few hours we’ll all get to witness exactly how awkward this could be, but let’s hope Kylie and Nicki take the high road and show some love like they did at the American Music Awards in 2015.

Apparently Travis heard the news and isn’t cool with having to sit behind Nicki. Travis asked to be moved to the other side of the room because he is at the top of the charts and shouldn’t be forced to sit behind Nicki, who is currently number two.

Brand New From Magasco “Sokoto” A Must Watch Video