Some call it fate, some call it destiny, others will say it’s part of a grander music festival marketing scheme:

Regardless, a Destiny’s Child reunion occurred this weekend thanks to the desert haven of Coachella, with Beyoncé bringing out her gals Kelly Rowland and Michelle Williams to perform a few of their anthems during Bey’s epic, career-defining set.

If you enjoy “Say My Name,” “Soldier” and “Lose My Breath,” it’s your lucky day, that’s what they played! But if you prefer “Survivor,” Bootylicious” and “Jumpin Jumpin” … sorry. This ain’t a career retrospective!

Beyonce opened her long-anticipated coachella performance singing “Crazy in Love” accompanied by a New Orleans-style brass marching band, and later crooned a rendition of “Lift Every Voice and Sing,” also known as the black national anthem. 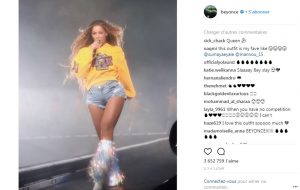 She sang several songs from her album “Lemonade,” backed up by the band and surrounded by step dancers.
For nearly two hours, Beyoncé revealed surprise after surprise. 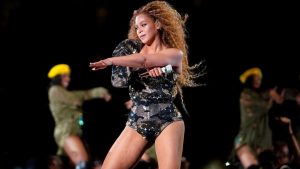 A tribute to Nina Simone and quotes from Malcolm X. She also sang “Deja Vu” with her husband, Jay-Z, and danced with her sister, Solange.

Excited fans had a new nickname for this year’s festival: Beychella. Other headliners included the Weeknd and Eminem.

Between Exile and Prison: Dj Arafat Announces His Return To Abidjan For Thursday, June 21, 2018