He is the founder of Black Pot Records an emerging production unit with a foundation driving towards its establishment. He possesses great entrepreneurial skills which can be seen through his creation of the “PRIMITIV” fashion brand which bears a slogan “The Origin Of Now.”

He was born in Yaoundé, Centre region of Cameroon, STYLEEN SESSEKO comes from a well to do middle class family. His dad was a state medical doctor while his mum was a legal practitioner. At the age of 2 he relocated to Bamenda, North West region with his parents and then to Bafoussam (West region of Cameroon) the city that saw him nurse a musical career. 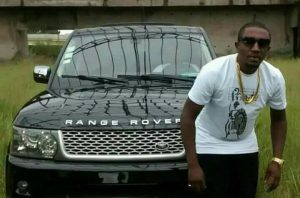 During the early days he started listening to hard-core hip hop and got inspired writing his own lyrics in 1996.

He did a good number of life stage performances, raw freestyle lyrical battles as well with other college mates within the city of Bafoussam. He was known as the poisonous lyricist with remarkable punch lines used against his competitors.

In 2003 NESCAFE organised the NESCAFE African Revelations nationwide which gave STYLEEN SESSEKO the gateway to compete with others within his city/community and within the country at large. He was selected as the best candidate in Bafoussam, proceeded at the national level and was declared the best lyricist nationwide.

Haven being declared best lyricist and winner of the very first NESCAFE African revelations 2003 at the national level, he was given the opportunity to represent his country (Cameroon) at the NESCAFE African Revelation competition held in Dakar-Senegal.

He has proven himself tough, lyrically complete with well-constructed and inspiring punch lines, he works with time and brings into the game a re-awakening spirit each time he emerges. He rejuvenated the national musical scene in 2004 with the release of “JEALOUS ONES” an unchallengeable album and fruit from NESCAFE AFRICAN REVELATION, fit enough to stand the test far ahead of that époque. His very first video was “WAITING FOR LOVE” a commercial piece embedded within the JEALOUS ONES album which till this day instils great and unforgettable moments of memory in the minds of several fans. 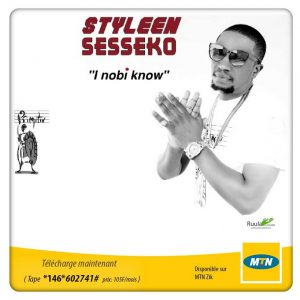 Humble, composed, down to earth with great listening and entrepreneurial skills he emerges today with a powerful and unique single entitled “I NO BI KNOW”(Meaning in the Cameroonian Anglo-Saxon lingua franca as translated into English “I NEVER KNEW”) a melange of reviving surface melodies, solid classical African kicks, unbeatable punch lines and a memorable chorus at specific intervals.

He makes use of children in his chorus to create some uniqueness within his craft. This hit piece/single is currently creating unrest nationwide since its release few days back.

Below is the video just for your viewing pleasure…

Artists SMS Update: Stanley Enow Will Reward 5 Of His Subscribers Each Month!