Wizkid got into trouble after a tweet he posted caused people to develop their own explanations and meanings.

The starboy had posted that, if he gets to f*cxk your girl, then you are not going to get her back and although he deleted the tweet after posting it, the internet had already grabbed screenshots.

Some people are of the opinion that the tweet he made was a subliminal shade to Tiwa Savage’s ex-husband Teebillz as there are rumours that Wizkid is dating Tiwa Savage on the low. 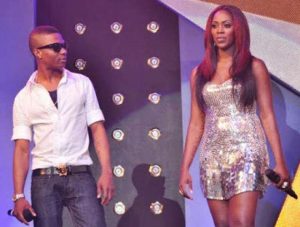 Although Wizkid didn’t mention a name the music community on social media has interpreted it as a shot at TeeBillz who is rumoured to have lost his spot as Tiwa Savage’s lover to Wizkid.

Wizkid had posted: ‘if I fxck your girl, u’re not getting her back.’ 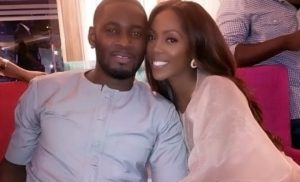 TeeBillz and Tiwa Savage were married for a period of about 4 years before the escalated crash of their marriage. The ugly gists of their time together got out to the internet and it was so bad that TeeBillz nearly took his own life. The couple agreed to dissolve the marriage earlier this year.

Tiwa Savage has since developed a relationship with Wizkid that seems to go beyond music and art. It is rumored that the two music stars are in a Bonnie & Clyde type of situation and that’s why Wizkid’s controversial tweet has been linked to TeeBillz.

Kourtney Kardashian Hits Back At Fan Who Said She ‘Never’ Works!

Gospel : At Barely 15 Years Of Age, Olivia Ikeh Will Blow Your Mind

Njie Moni: The Cameroonian Rising Star With The True Message For Girls