2018 has been a year of Cameroonian artists like Stanley Enow selling out hit songs and performing at major arenas in and out of the country and this is time for another Motherland success story.

Stanley Enow who has been planning for the release of his 2nd album to be distributed by Roc Nation’s TIDAL owned by American music giant Jay-Z, has just announced the release date of his new song “My Way” for September 14th 2018.

The song featuring Locko and Tzy Panchak will premiere on September 9 at the New York Fashion week hosted by Touré Design, a big American-Malian designer who has made costumes for Janet, Busta and many others.

The past weeks have seen Stanley Enow and his team release videos and pictures building up to the event and more and with the date now officially out, the song is fast selling on MTN Cameroon’s music platforms ( MTNZik and Music + ). 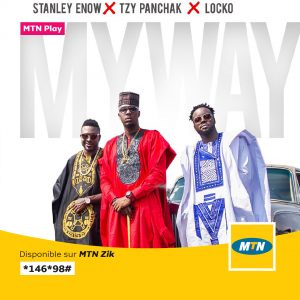 People: Numerica Has Decided To Confirm Everything In This New Single

Sport: Zinedine Zidane to Next Coach The French National Team

Video: “Deenah is Served” by BGC Melody Artist Deenah is Out!

“Achombo” By 237 Artist Bun Pot Is Out! Take A Look At The Video